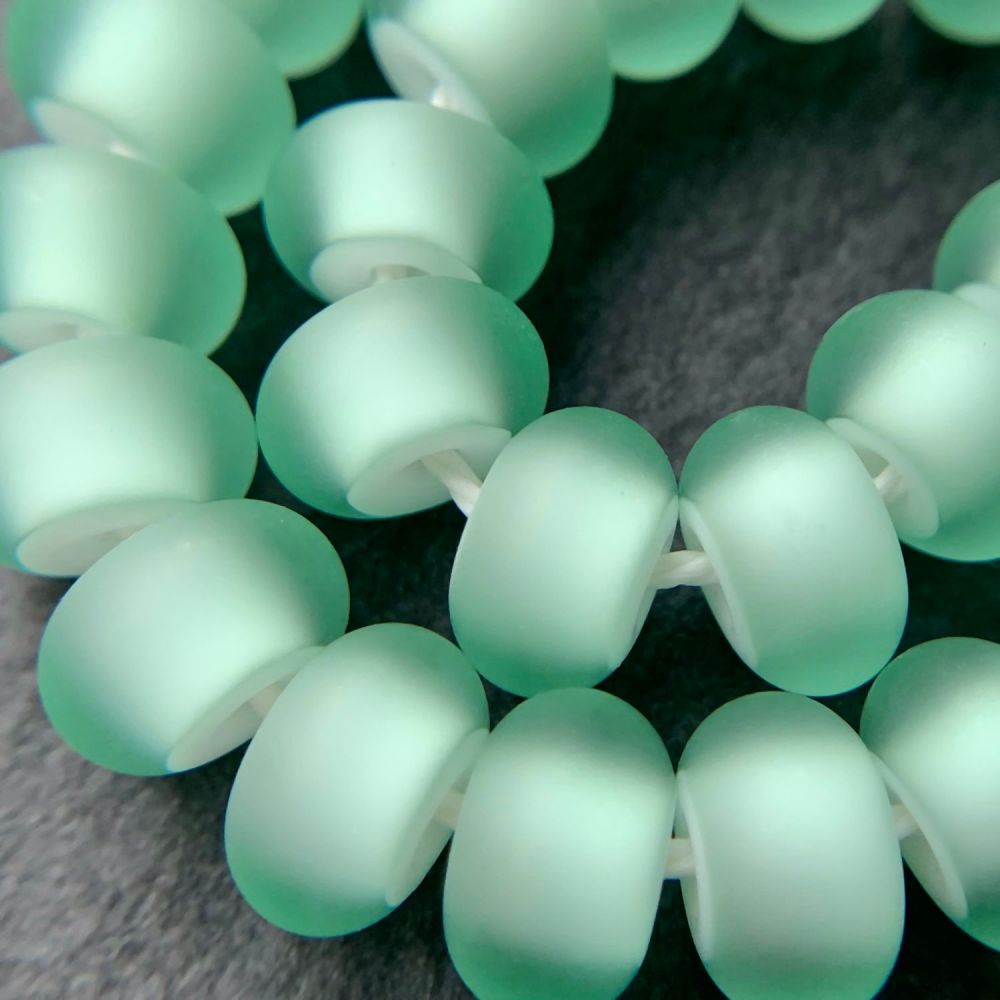 A strand of 25 white heart spacer beads. These have a white core that is visible at each end, covered witha layer of transparent pale green. The beads have been tumble-etched to a silky matt finish and they have a beautiful 'glow' to them.

Scroll down for a bit about the history of white heart beads.

White heart beads were originally a type of trade bead produced in Venice. Trade beads were used between the 15th and 20th centuries as a currency to buy services, goods, land and, sadly, slaves.

This particular type of bead has a white core with a layer of usually red or orange glass over the top. Red and orange glass is coloured with gold which makes it more expensive than other colours. Bulking out the body of the bead with cheaper white glass made the red and orange glass go further.

Although they weren’t as fancy and decorative as the more elaborate Venetian trade beads, the Native Americans really prized them and it was they who gave them the name ‘white hearts’.

Beadmakers today use the term white heart to describe any colour bead made in this way, not just the red and orange ones. The core of a white heart is visible as opposed to being totally covered with the coloured glass. This is sort of a design feature, I guess, but it would also have made production faster as there’s no time-consuming faffing with making the coloured glass cover the entire core.

Note: Although I have captured the beads' colours as best as I can, different screen and monitor settings vary and as such the colours of the beads may appear slightly different in real life than they do on your computer or device. In particular, Apple devices tend to ramp up the reds so please bear this in mind when viewing beads that are red, pink, purple etc.